Although the first goal of an effective hearing conservation program is to reduce noise at the source, the reality is that many workers rely on daily use of personal hearing protection devices (HPDs) to reduce the risk of noise induced hearing loss. Even a well-designed and expertly-fitted HPD may take some getting used to. For older workers, the challenge can be even greater. 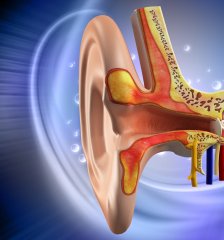 According to the U.S. Bureau of Labor Statistics, approximately 20% of American workers are 65 years or older. With an aging population and workforce, many companies are now taking notice of what is required to keep their employees safe and healthy for a long working lifetime. Keys to HPD success include optimal fit, care and consistent and continued use during the entire workshift. We're often asked if the ear canal changes due to age and if this could affect older workers' ability to be protected from noise on the job.

Although there is a great deal of individual variability, we know that one aspect of the ear that does not seem to change with age is the basic size of the earcanal. Anatomical studies show that the outer ear and ear canal are fully developed by puberty, and that the overall size/volume of the canal does not change significantly over time.

All the same, it's important to recognize that other anatomical changes that accompany aging could affect comfort and successful use of HPDs. Some common transformations in the earcanal associated with getting older include:

Next, it's important to consider the implications of these changes that could impact older workers and hearing protection use:

To learn more about aging, the earcanal and ear care, see:

« Back to Previous Page|Show All Articles »
Related Articles
Categories

We use cookies to help us understand how visitors interact with our site, and to provide media playback functionality.
By using cavcominc.com you are giving your consent to our cookie policy.