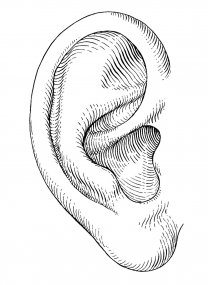 Let's start by saying that earwax is a good thing. That's right... earwax, or cerumen, is normal and even healthy for your ears. In average amounts, cerumen acts as a protective barrier to keep out infection, dust/dirt, and even foreign objects. A lack of earwax can lead to dry and itchy ears that are more vulnerable to infections such as "swimmer's ear." But as is often the case, too much of a good thing can be, well, not good.

For most of us, our outer ears are self-cleaning. Both old skin and earwax typically migrate slowly out the ear canal opening and are discarded. Sometimes, however, earwax can get trapped, and even impacted. Although not well understood, certain people tend to produce more earwax than others. It's also a normal part of the aging process for earwax to become drier and harder, increasing the likelihood of impaction.

An overabundance of earwax can lead to discomfort, tinnitus (ringing in the ears), a feeling of fullness in the ears, and even hearing loss. Although there is no evidence that wearing hearing protection increases the occurrence of wax impactions, excessive earwax or other outer ear problems can certainly interfere with the comfortable use of earplugs. When necessary, a worker in high noise may need to wear earmuffs instead of earplugs until medical clearance is received.

To learn more about cerumen and ear care, check out these helpful resources: 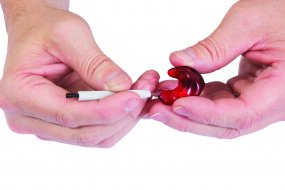 U.S. Food and Drug Administration. Don't Get Burned: Stay Away from Ear Candling.

CONTACT CAVCOM to request an Earset Care Kit and educational materials about caring for your hearing protectors and electronics.

« Back to Previous Page|Show All Articles »
Related Articles
Categories

We use cookies to help us understand how visitors interact with our site, and to provide media playback functionality.
By using cavcominc.com you are giving your consent to our cookie policy.